Canton of Saint-Gaudens Arrondissement of Saint-Gaudens Superficie. 362 ha. Population 1999 · 112 hab. Inhabitants. Régadais. Courts of water. Roussec. Origin of the name. To be from Spanish regadio, " irrigated ground ", or of the former Provençal regat, regada, "furrow".

Au Middle Ages, displeasure the county of Comminges, Régades is a member of the barony of Encausse. Ruins of the former feudal castle, which would have been destroyed during the religious wars, are still visible on the said hill of Plech. A first village exists east of the current village until XVII ' century, when an epidemic of plague decides on the inhabitants to move.

A first village exists east of the current village until XVII ' century, when an epidemic of plague decides on the inhabitants to move.

In 1789, Simon de Binos, baron of Encausse, is a Lord of Régades. The farmers of Régades try then to make the most of their poor grounds and some water which they have: Roussec, some sources(springs), but no well, where from the system of small dikes and irrigation channels to obtain a second harvest of hay at the end of the summer. The farmer Régadais lives in almost complete autarky. The women, renamed(reappointed) in the art to dress and to prune, sell the bundles of sticks in markets of Saint-Gaudens. but it is not surprising that the population passed of 274 inhabitants in 1851 in 82 in 1962. 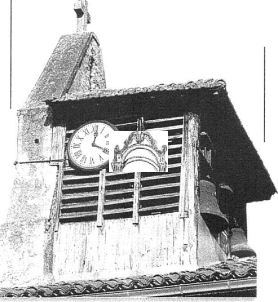 Limestone and wood (11 x 21711) 31311203 Cerce church is built at the end by XVI! Century when Régadais moved their village westward, following an epidemic of plague. Orien-tée east-west, it is provided with two chapels in the North and in the South. His(her,its) rectangular front door, in the South, is decorated with a ball and with a cross. The wooden bell tower of XVII ' century shelter three bells. In XIX ' century, a wall in the shape of pine nut is built on the West to protect the bell tower of the rain. It is drilled by three openings in full round hanger occupied by 'abat-son'. 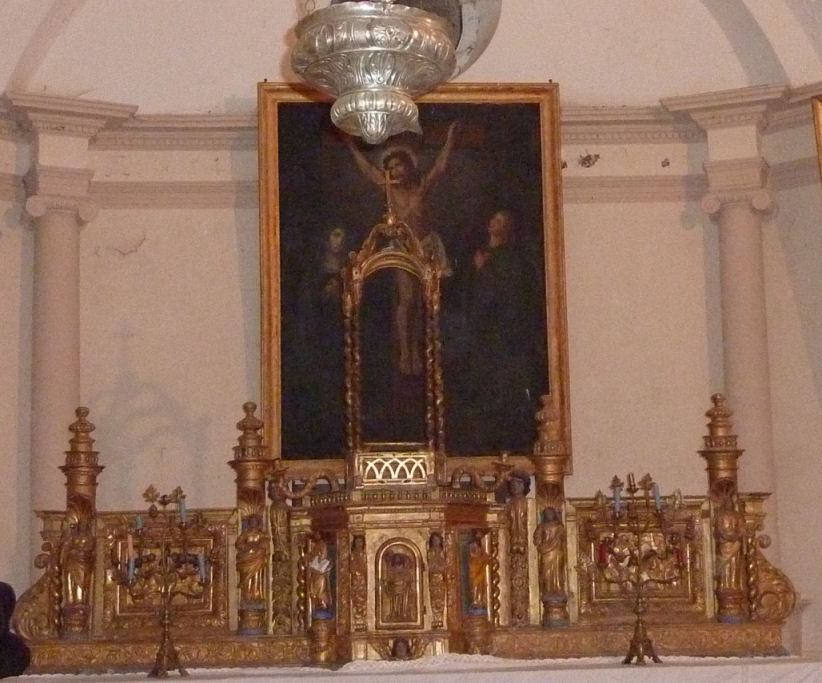 Church holy Jean-Baptiste 31311206 This altarpiece is a donation of the parish of Saint-Gaudens in that of Régades in XVIII ' century. In 1840, the municipality almost replaced

it by a marble altar, but it lacks money. In the center, the jutting out tabernacle is surmounted(overcome) by a ciborium. On the door the good minister surrounded with three angels concerns an ewe the shoulders. On both(all) sides of the tabernacle are represented to the left, Saint Peter, in whom there is a key, to the right doubtless Saint-Paul, which lost its attributes. Set back, are evoked two scenes(stages) of the life of Jesus. The Last Supper to the left, Portement de la Croix to the right. Four feminine statuettes supervise these representations, donation three carry a veil. It is maybe about women in the Ordeal mentioned by Gospels, Marie Madeleine who can be the woman with the visible hair. 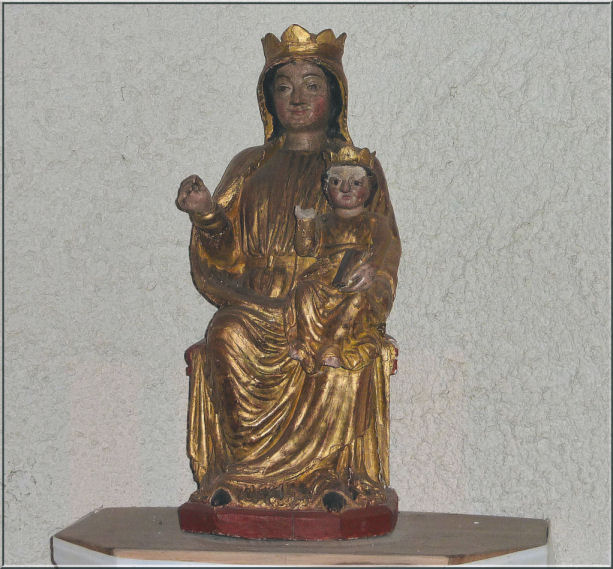 Church Saint-Jean-Baptiste 31311208 This statuette represents Marie, sat(based), holding Jesus child sat on the left knee. The right hand of the Virgin is raised, thumb and index contact. Fear-being she held a scepter. Jesus holds a book the left hand. The right, very damaged hand, was raised. Mother and sons are both crowned. This sculpture is similar to type Commingeois's Virgins(type Commingeois's Virgos,chap Commingeois's Virgins). According to ia tradition, this Virgin would have been discovered in the ground where an ewe persisted in scratching. Taken to Encausse, she would have been found on the way of Régades, repeatedly. At the end of the xx ' century, she had gone out of the church in the daytime of thunderstorm, to take away the lightning.

A big wooden cross, restored regularly and thrown in a base of grey limestone, occupy this location certainly since XVII ' century. It is a cross of rogations. Processions and prayers took place since the church up to crosses situated in the village or farther, in crossings of ways, to obtain from the sky the favorable weather conditions for the harvests to come. 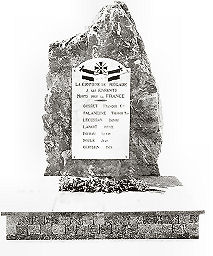 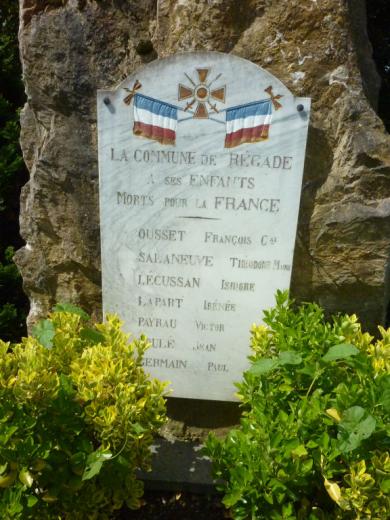 The municipality of Régades pays its levy, during the World War I, because she adds up 7 deaths for approximately 200 inhabitants in 1914. A marble paving stone decorated with a palm immortalizes the memory of these men with the new generations. This paving stone, which was fixed to the wall is of the church, is now put against a raw rock, a recently fitted out modern war memorial.

No items to display